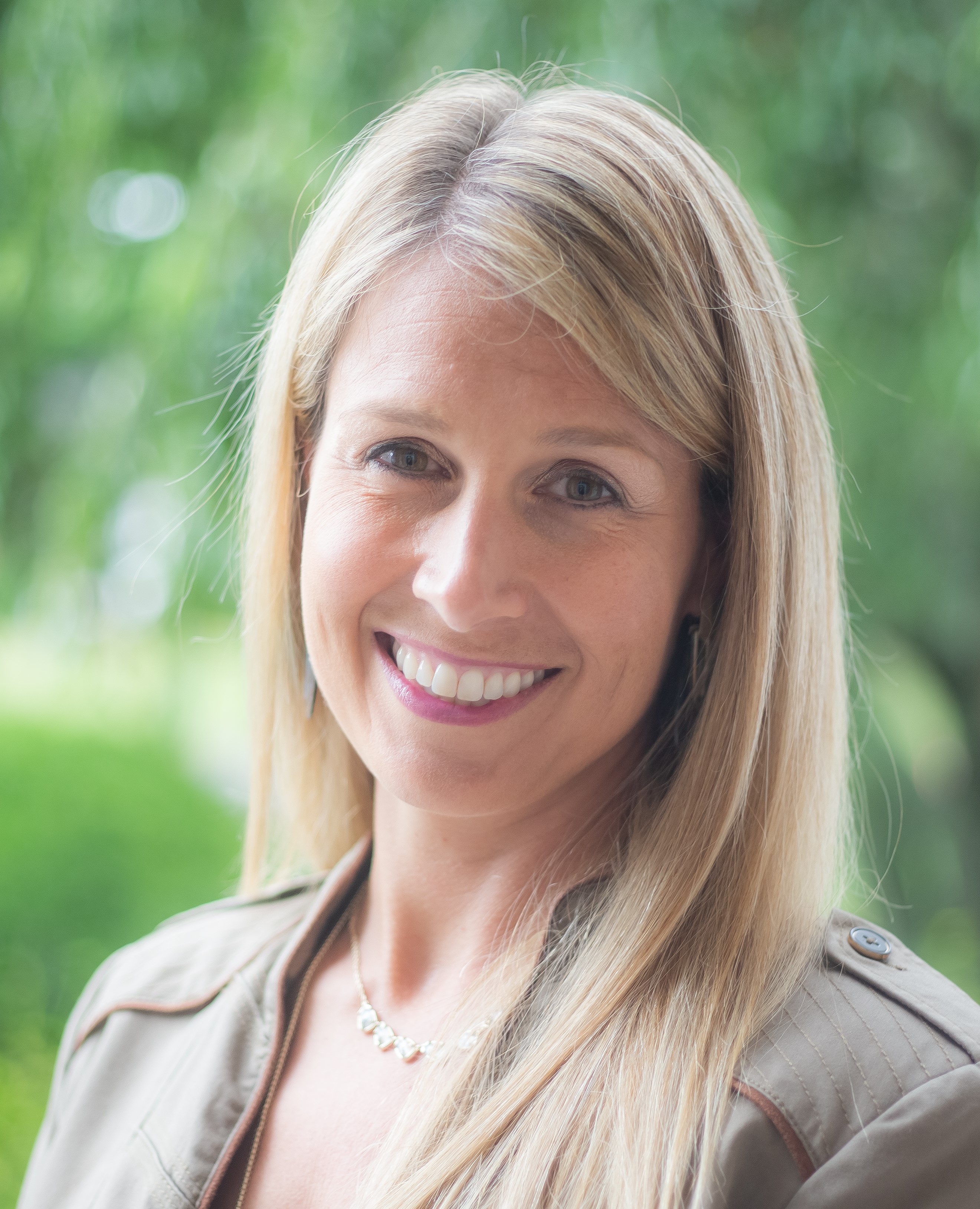 Speech-Language Pathologist
Southwest Elementary School
Maria Vernon is a resident of Lewisville, NC. She is a part-time speech-language pathologist with WSFCS and works at Southwest Elementary in Clemmons. Maria serves on the Appalachian State University Beaver College of Health Sciences Advisory Council and is a member emeritus and former board chair of the Appalachian State University Reich College of Education Advancement Board. Maria also serves on the board of H.O.P.E. (Help Our People Eat) Winston-Salem, volunteers on various committees at River Oaks Community Church, where she is the volunteer coordinator for the ROCC 5K race. Maria coordinates the Alex's Lemonade Stand Fundraiser for pediatric cancer research at her school for the past 9 years. Maria and her husband Chris, live in Lewisville with their two children, Marissa and Garrett. 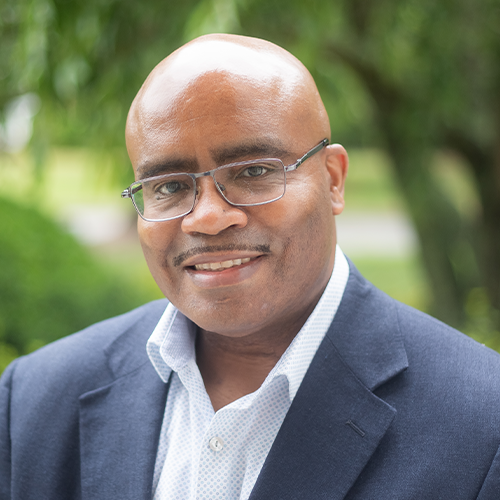 Director of Property Management & Operations
Wake Forest Baptist Medical Center
Tim Bell is a part of the Wake Forest Baptist Medical Center team where he has served for over seventeen years. He is currently the Director of Property Management & Operations and oversees a $23M operational budget. He is a veteran of 20 plus years of military service in the United States Air Force, where he served as a Headquarters Financial Analyst. Tim is also an ordained minister and motivational speaker. He is married to Donyea (Dee) Dockery of Raeford, North Carolina has two sons, Brandon and Jared, and two grandchildren Brandon and Malia. 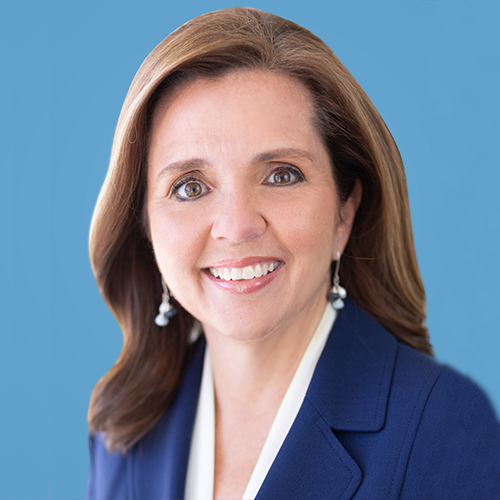 Attorney and Partner
Clemmons Family Law
Holly Groce is an attorney and a founding partner in Clemmons Family Law, practicing primarily juvenile and family law. Holly has lived in Clemmons for the majority of her life. She earned her undergraduate degree from UNC and graduated from the Campbell Law School. Holly is an active member of Center Grove Baptist Church and served on the board at the Jerry Long YMCA. Holly and her husband, Michael, have three sons, Connor, Carson and Colby. 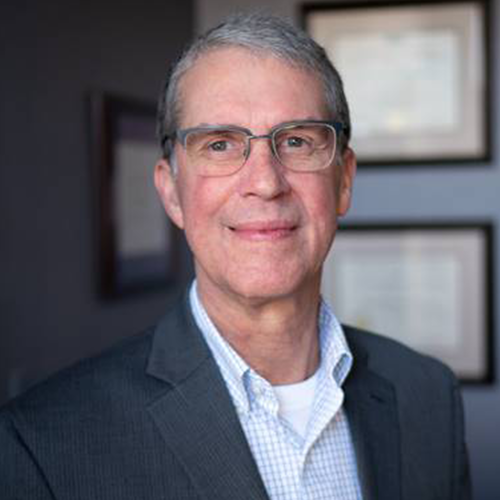 CPA and Principal
Donald S. Kinney, CPA, P.C.
Donald Kinney is a Certified Public Accountant with his own practice, Donald S. Kinney, CPA, P.C. in Winston-Salem and has been resident of Clemmons for more than 20 years. Donald graduated with a BA from UNC Charlotte and a BS from High Point University. He is active in his church and serves on the board of Triad Family Network. Donald and his wife, Carolyn, have two grown daughters and four grandchildren. 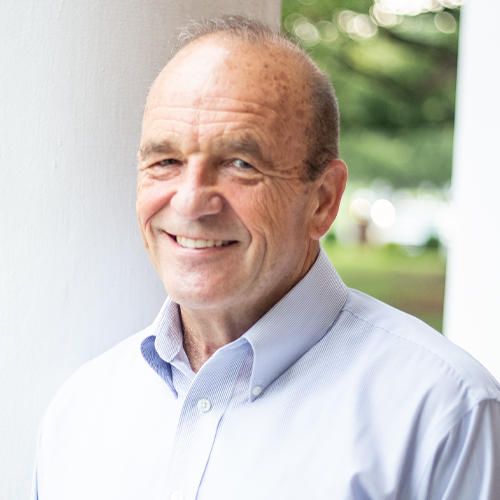 Co-founder
Strackhammer, LLC and BG USA (ret.)
Mike Combest recently completed his term as Councilman with the Village of Clemmons. A graduate of West Point and the School of Advanced Military Studies, he spent most of his career in the U.S. Army in every rank from Second Lieutenant to Brigadier General. Mike is also an independent consultant and co-founder of Strackhammer, LLC, an agricultural firm. A long-time active supporter of the Clemmons community, Mike has volunteered with the Jerry Long YMCA, the Rotary Club of Clemmons, the Village of Clemmons Planning Board, Friends of the Clemmons Library, and Twin City Track Club. Mike and his wife, Janice, live in Clemmons and have three sons. 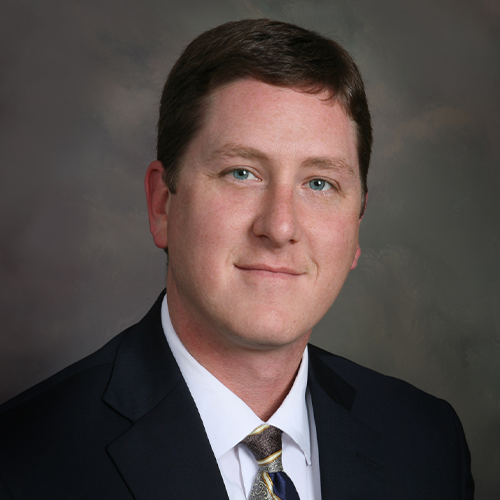 CPA and Principal
Crouch Joslyn Good PLLC
John Crouch resides in Clemmons. He is a practicing CPA and CVA with Crouch Joslyn Good PLLC. He received his Bachelor of Science degree from Lander University. He has served on the finance committee of Habitat for Humanity of Forsyth County and has chaired the Finance and Personnel committees of Ardmore Baptist Church. John currently volunteers as a Small Business Navigator in the program started by the Community Foundation with the Lewisville-Clemmons Chamber of Commerce. John is married to Ammanda and has three daughters. 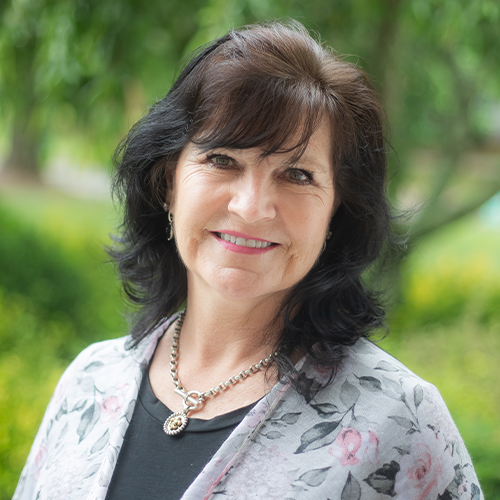 Community Volunteer
Kim Henson is a resident of Lewisville and was born and raised in High Point, NC. She is a graduate of East Carolina University where she received a BS in Business Marketing with a minor in management. She had a career in business and was a Marketing Consultant. Kim left the business industry and started volunteer coaching at WCCC. While there, she helped start a training program for young girls, 6-9, to develop their basketball skills. She started an AAU basketball Team, Salem Swish, and coached them for two years. Kim was a 9th grade and JV volleyball coach at Reagan High School for four years. She volunteers at the Forsyth Humane Society and is a strong supporter of their program. She is married to Chris and they are parents of two daughters. 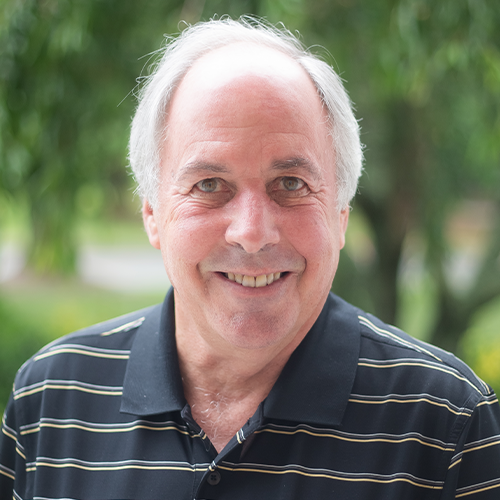 Principal, Robert D. Hinshaw, Attorney
Robin Hinshaw is a native of Elkin, NC. He has two sons, Rob and Brett, and resides in Clemmons. He received his Bachelor of Arts degree in Chemistry from Wake Forest University and his Juris Doctor Degree from Wake Forest School of Law. Robin was active in the Jaycees serving as Vice President, President, and State Legal Counsel. He has served on the Boards of the Cystic Fibrosis Foundation, Estate Planning Council of Winston-Salem, Clemmons Medical Center Foundation, Cancer Services, and the Clemmons Community Development Council. He has been certified by the NC State Bar as a Board Certified Specialist in Estate Planning and Probate Law since 1991. Robin has also been accredited by the National Council of Estate Planning Councils as a Certified Estate Planner. He enjoys woodworking, music, and golf in his spare time. 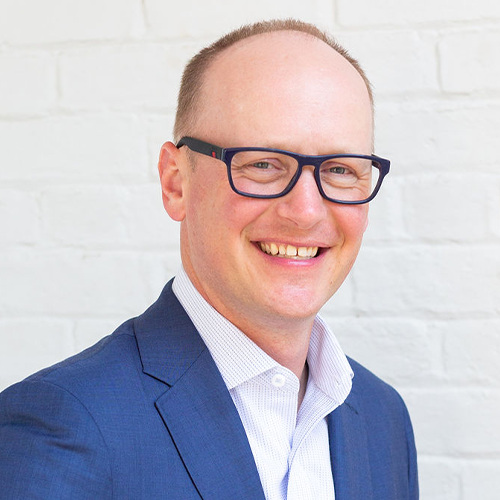 Financial Advisor and Senior Managing Director
Truist Investment Services
Brett W. Hoge has been in the financial industry since 1999. Brett has gained several recognitions within BB&T, including the Sterling Performers Award, the John Sherman, Jr. Leadership Award and membership in the firm’s Presidents Council. Brett was recognized by the Triad Business Journal as one of its 40 Leaders Under Forty in 2016, and a "Top 400 Financial Adviser" by The Financial Times in 2017, 2018 & 2020. In 2020, Brett was named one of the Top 1200 Financial Advisors in the U.S. for the second year in a row by Barron's, ranking 3rd in North Carolina, up from 6th in 2019. A passionate community volunteer and mentor, Brett received the 2007 Forsyth County United Way Volunteer of the Year Award, the Investment News’ Community Leadership Award, and is a past president of Big Brothers Big Sisters of Forsyth, Davie and Yadkin counties. Brett is also founder and board member of the LVH ALS Foundation, which raises money to fund ALS research for the Duke University ALS Clinic. The Foundation has raised over 2 million dollars for ALS research since its inception in 2014.Brett and his wife, Wendy, live in Advance and have two children, Riley and Berkley. Brett enjoys hunting, fishing and golfing. 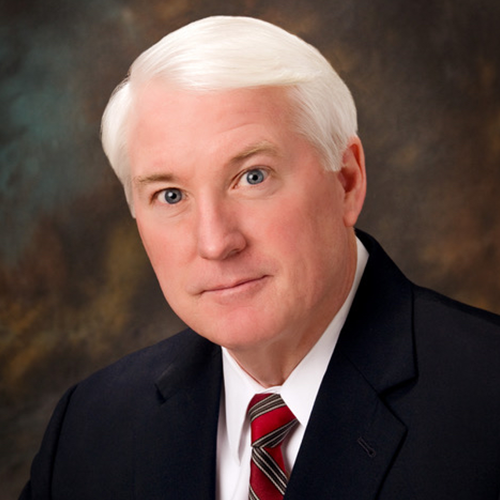 Community Volunteer
Bill Lawler has been a resident of Clemmons since 1993. Retired after a 36-year career in business and corporate development, he is now active as a board member and volunteer for a number of community organizations. Bill is married to Donna Lawler and are the parents of 8 children and 11 grandchildren. 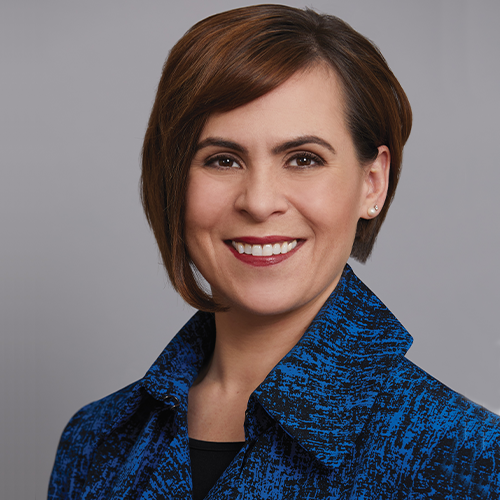 Principal
Arbor Investment Advisors
After practicing law with a focus on Estate Planning, Erika moved into the financial services industry in 2004 providing financial planning and investment management services. She earned her Bachelor of Science degree in Economics and Business Administration from St. Norbert College in De Pere, Wisconsin, and her Juris Doctor from Marquette University Law School in Milwaukee, Wisconsin. Since moving to Clemmons in 2008 Erika has been an active community volunteer serving on various boards including The Ronald McDonald House, Second Harvest Food Bank of Northwest North Carolina, Old Salem Museum and Gardens, and the Advisory Group of the Comprehensive Cancer Center at Wake Forest Baptist Health. Erika and her husband Scott have four children – Noah, Luke, Abigail and Levi. 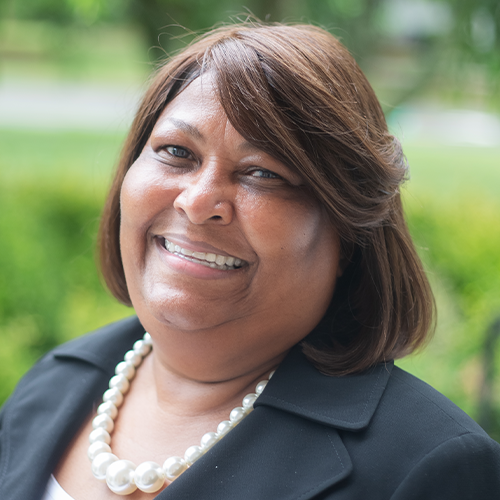 Co-founder
Chris Paul Family Foundation
Robin has been a resident of Lewisville since 1984. She is co-founder of the Chris Paul Family Foundation and retired from Wachovia Bank. Robin works closely with organizations trying to level the playing field for children in various cities. She is a core member of YourMomCares, focusing on children’s mental health. Robin and her husband, Charles Paul, Sr., have 2 sons – Charles Paul, Jr. (CJ) and Chris, and four grandchildren – Chris II, Camryn, Carder, and Chloe. 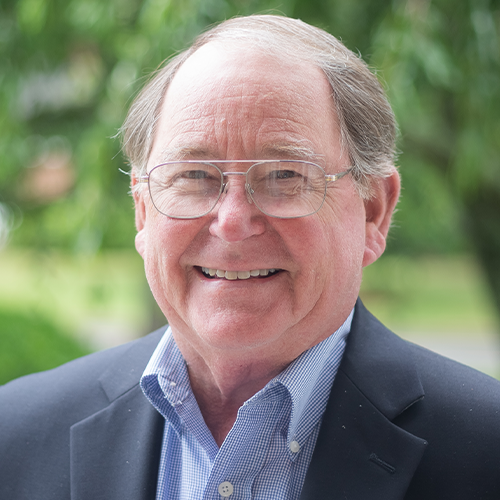 Community Volunteer
Bob Sipprell is a retired Human Resource Executive, having spent his career in Winston-Salem with Integon and Wachovia. He has lived in Clemmons 40+ years. Bob graduated with a BA in Economics from Bethany College and an MBA from Michigan State. He has been an active volunteer in the community, serving on the boards of the YMCA and March of Dimes and volunteering with the Clemmons Food Pantry and Clemmons Methodist Men’s Club disaster relief teams. Bob and his wife Drinda have two grown sons and six grandchildren. 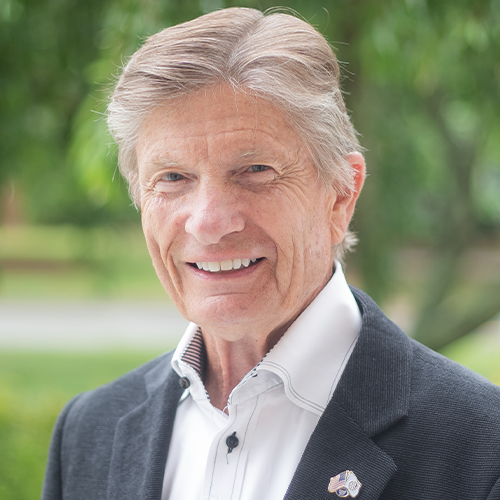 Community Volunteer
Ron Willard has been a resident of Clemmons since the late 70s. He worked for Reynolds for 34 years, retiring as VP of R &D Engineering and Agribusiness Development. He graduated from NC State University with a BS in Engineering and is a member of the Leonidas Polk and Wallace Riddick lifetime giving societies for major benefactors to the university. He served as one of five people on the committee to incorporate Clemmons and served as the first Mayor of its newly formed government. Ron directed the capital campaign to build the West Forsyth YMCA and led three additional capital campaign expansions. Ron is a 23-year member and Past President of the Rotary Club of Clemmons. As a long-time resident of Clemmons, Ron was a strong advocate to bring the Novant Health Medical Center to Clemmons. He served as the first Chairman of the Novant Health Clemmons Medical Foundation. Currently, Ron serves on the Forsyth Medical Center Foundation Board of Directors, is a member of the Board and current President of Cancer Services, and is a member of Clemmons Moravian Church. Ron lives in Salem Glen and has 3 grown children. 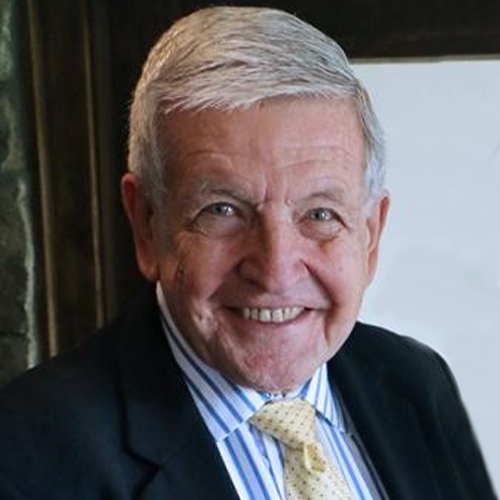 John served as Chair of the Board of Directors and an officer for the Clemmons Community Foundation during a transformational period in 2017 through 2019 and continues to actively serve as an advisor and resource today. John served two terms on the Winston-Salem/Forsyth County Planning Board; served on various not-for-profit boards, as well as being actively involved in several Community Development Corporations. He has served on the Mayor’s Ten Year Plan to End Chronic Homelessness, is a previous chairman of Leadership Winston-Salem, and a former three term Mayor in the Village of Clemmons. As an entrepreneur, John was the founding sponsor of an ecosystem called the Saltbox at 1650 Ivy Avenue in Winston-Salem, which now houses Neighbors for Better Neighborhoods, Love Out Loud, and the School of Love. John is also an author, having most recently published, A Catalyst for Change: How Alignment and Relationships Accelerate Change. He is licensed with the N.C Real Estate Commission and is owner of Master Counsel and Associates, Inc. John is married to LaDonna Bost, an interior designer, and has one daughter, Summer Bost Jackson, a Principal with the Winston-Salem/Forsyth County Schools, and two grandchildren. 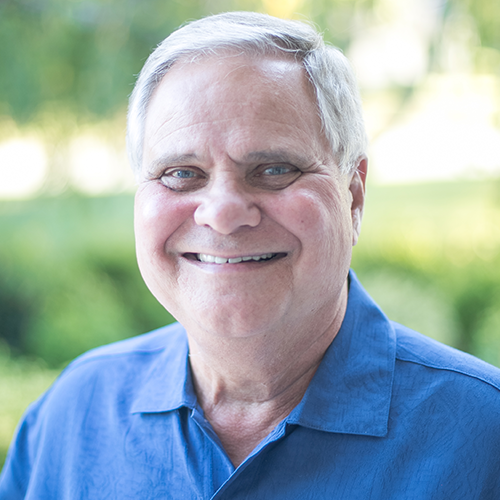 Ken has been a champion for the Foundation since its birth from the Clemmons Rotary Foundation. A graduate of St. Norbert College, Ken moved to Clemmons from Green Bay, WI as VP of sales and marketing for a large printing company and later co-founded a cost management consulting company from which he retired in 2015. Ken was a 17-year member of the Rotary Club of Clemmons. His community service has included a NC Commission advocating for organ donations, a Big Brother, Jerry Long YMCA Board, Cancer Services Board, Novant Clemmons Foundation Board, moderates a Divorce Care group at his church, Clemmons UMC, was past founding member and Chair of the Board for the Clemmons Community Foundation and, most recently, has been instrumental in initiating the Salem Glen College Assistance Program of the foundation. Ken and his wife, Linda, live in Clemmons and have two sons, Nick and Grant, and three grandchildren.