New board officers announced to take their positions on July 1, 2019 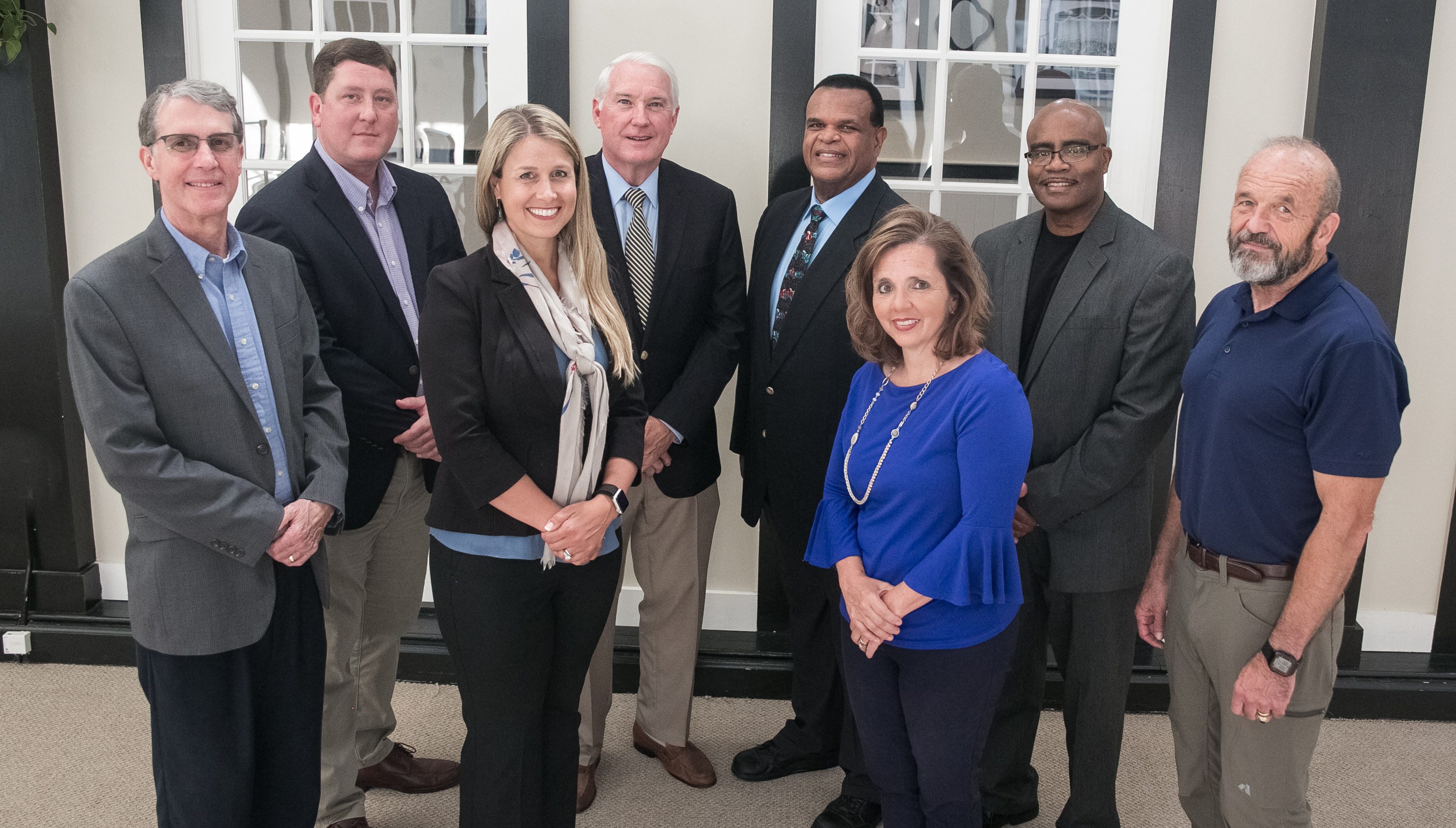 Mike currently serves as Councilman with the Village of Clemmons. A graduate of West Point and the School of Advanced Military Studies, he spent most of his career in the U.S. Army in every rank from Second Lieutenant to Brigadier General. Mike is also an independent consultant and co-founder of Strackhammer, LLC, an agricultural firm. A long-time active supporter of the Clemmons community, Mike has volunteered with the Jerry Long YMCA, the Rotary Club of Clemmons, the Village of Clemmons Planning Board, Friends of the Clemmons Library, and the Twin City Track Club. Mike and his wife, Janice, live in Clemmons and have three sons.

Maria Vernon is a resident of Lewisville, NC. She is a part-time speech-language pathologist with WSFCS and works at Southwest Elementary in Clemmons. Maria is a volunteer coach with WCCC basketball, serves on the Appalachian State University Beaver College of Health Sciences Advisory Council, and is a member emeritus and former Board Chair of the Appalachian State University Reich College of Education Advancement Board. Maria also serves on the Board of H.O.P.E. (Help Our People Eat) Winston-Salem; she volunteers on various committees at River Oaks Community Church, where she is the Volunteer Coordinator for the ROCC 5K race; and coordinates the Alex’s Lemonade Stand Fundraiser for pediatric cancer research at her school each year.

Tim is a part of the Wake Forest Baptist Medical Center team, where he has served for over seventeen years. He is currently the Director of Property Management & Operations and oversees a $23M operational budget. He is a veteran of 20 plus years of military service in the United States Air Force, where he served as a Headquarters Financial Analyst. Tim is also an ordained minister and motivational speaker.  He is married to Donyea (Dee) Dockery of Raeford, North Carolina, has two sons, Brandon and Jared, and two grandchildren, Brandon and Malia.

Donald Kinney is a Certified Public Accountant with his own practice, Donald S. Kinney, CPA, P.C., in Winston-Salem, and has been a resident of Clemmons for more than 20 years.  Donald graduated with a BA from UNC Charlotte and a BS from High Point University. He is active in his church and serves on its Board of Directors. Donald also serves the Boards of Winston Salem First and Triad Family Network. Donald and his wife, Carolyn, have two grown daughters and four grandchildren.

Greg has been the President and Co-owner of Right at Home franchise in Winston-Salem, North Carolina since 2004, with his wife and partner, Jackie, Assistant Agency Director. Greg’s previous career experience included corporate executive positions with several Fortune 500 corporations as Vice-President of Human Resources, specializing in recruiting, organizational development, training, quality and diversity. His leadership has included positions with the Northwest North Carolina American Red Cross, The Shepherd’s Center of Winston Salem, YMCA of Winston Salem, and Reynolda Rotary of Rotary International and Winston-Salem First.

About the Clemmons Community Foundation

The Clemmons Community Foundation exists to unlock the full philanthropic potential of Clemmons, Lewisville, and surrounding communities by connecting people and resources in ways that thoughtfully and meaningfully transform our communities with access, opportunity, and an enriched quality of life. The Foundation is an independent 501(c)(3) nonprofit, first formed in 2004 by the Rotary Club of Clemmons and converted to a community foundation in 2012. For more information, call 336-663-6794.