Three 2020 graduates of West Forsyth High School have been named recipients of the Leslie Martin Scholarships and the Rebecca and Danny Green Music Scholarship. 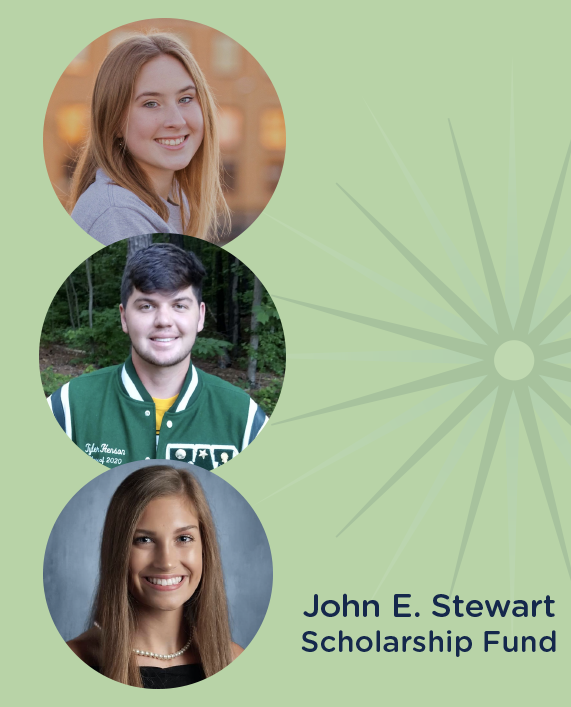 The Clemmons Community Foundation has announced the 2020 graduates of West Forsyth High School who have been selected as this year’s recipients of the Leslie Martin Scholarships and the Rebecca and Danny Green Music Scholarship. Both are part of the John E. Stewart Scholarship Fund.

This scholarship honors the dedicated leadership of educator Leslie Martin. Martin teaches world history and principles of business at West Forsyth. The scholarship recognizes graduating students who were actively involved in the Finance Academy or Interact Club, which Martin helps to advise. Two recipients are selected each year to receive a $2,500 scholarship.

Emma Blanks will attend the University of Tennessee Knoxville and plans to pursue a career in international business, marketing and economics. She credits her experiences in Finance Academy for giving her confidence to manage her own finances and discuss global economic issues. Blanks served as president of the DECA Club, class representative for the Student Government Association, and was active in the Girls Service Club. Blanks also played midfield for both the West and North Carolina Fusion Field Hockey teams. She has tutored Brunson Elementary students in English and math and been active in the youth group at Augsburg Lutheran Church. Blanks is the daughter Eric and Amie Blanks of Clemmons.

Tyler Henson will attend Appalachian State University for supply chain management. His participation in the Finance Academy helped him better understand cash flow and business operations. As an athlete at West, Henson played varsity soccer, receiving several honors including being named to All-Conference and All-Region, and appointed team captain his senior year. He also played varsity lacrosse, was a referee for the United States Soccer Federation (USSF) North Carolina, and coached youth basketball for the YMCA. Henson has volunteered at the Ronald McDonald House and with Buddy Walk and has been active in the youth group at Center Grove Baptist Church. Henson is the son of Jonathan and Heidi Henson of Lewisville.

Read more from the Clemmons Courier.

This scholarship  honors the influential music teaching careers of Rebecca and Danny Green, which has spanned nearly four decades in Forsyth County. The scholarship recognizes graduating students who have participated in the music programs of West Forsyth. One recipient is selected each year to receive the $1,500 scholarship.

Ella Orgain will attend the University of North Carolina at Chapel Hill, majoring in applied mathematics and business. During her senior year, Orgain was selected as a chorus officer at West Forsyth and had the opportunity to select, rehearse, and direct a piece during a concert for one of the vocal ensembles. She also participates in youth handbells, youth choir, and adult choir at First Presbyterian in Winston-Salem. Orgain was a member of the varsity tennis team, National Honor Society, Girl’s Service Club, and Crosby Scholars. She has served in various positions with the Civil Air Patrol NC-052 Sugar Valley Composite Squadron and has participated in weekly flight training. Orgain is the daughter of Eric and Susan Orgain of Clemmons.

Read more from the Clemmons Courier.