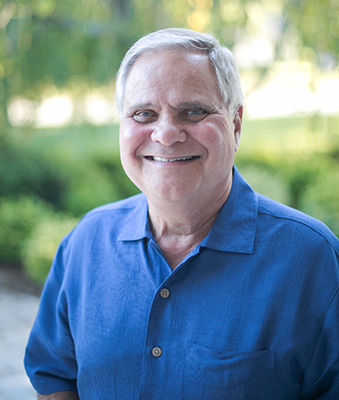 Sometimes in the busy-ness of leading with a focus beyond self, it’s easy to forget to take a look at the personal “mark” left behind…long after memories fade. Ken Burkel was reminded of this while listening to the eloquent remarks of Thad Bingham’s grandchildren during Thad’s memorial service. Thad’s grandchildren, Thad and Tyler Merriman, spoke with loving remembrance of Thad’s focus on family, his affection for his church, and his humble and kind generosity within the family and community.

Ken listened as he fondly remembered the meeting with Thad and Mary when they set up the fund in their name at the Clemmons Community Foundation. Ken was President of the Board at that time. He reflected on the lasting impact the Bingham fund would have on Clemmons and its residents…and the family. He left the memorial service touched by the love and closeness of Thad’s family, the poise of the grandchildren and pondered the permanence of Thad’s community legacy…and then it hit Ken, “what is MY legacy? Have I modeled the importance of giving in my own life visibly enough for my own children and grandchildren to want to emulate?”

Ken Burkel has been one of the key leaders and communicators in shaping the Clemmons Community Foundation as we know it today. He first became affiliated when it was a Rotary Foundation, chairing the License to Give Trust Fund Commissionand overseeing the grant to the Rotary Foundation for a “Have a Heart, Give a Part” campaign in 2008 that promoted organ donations throughout NC. In 2013, Ken was elected to the Clemmons Community Foundation board of directors and by 2015, was serving as its president. During his term, he helped align and shepherd the foundation into best practices of community foundations through research, board planning and education, and policy creation. The foundation grew exponentially during Ken’s leadership.

Ken has taken his work to heart and, inspired by Thad Bingham’s memorial service, this year established the Burkel Family Foundation Fund, a donor advised fund naming his sons as successor advisors for future grants. Ken recounts, “Since attending Thad's funeral, it's been a “GOD thing.” I definitely have been guided in my thinking, setting up a fund, and my remarks about the fund. The Burkel Family Foundation Fund is not a donation. If I give $100.00 to the Food Bank, that's a donation. The fund is an asset just like my savings account. It's a living, breathing extension of who I am, and after I'm gone it will be a living breathing extension of who I was — a legacy in its truest form.”The Clemmons Community Foundation and his sons now have the annual opportunity to share Ken’s heart for community and his leadership in grateful reflection with each annual grant — forever.
‍